My guess is that only a true contrarian would polemically deny that the last couple of years have delivered unto planet Earth a concentrated dose of disasters, natural or otherwise. 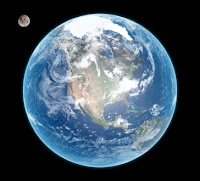 Being a fellow resident fully dependent upon this orb to sustain me just as my neighbor does, I find it difficult to helplessly stand by and watch as families and livelihoods are ripped asunder with little or no warning by destructive forces that are usually beyond the control of those most affected.
And I know I’m not alone in my compassion for the beings who have suffered tremendous losses at the whim of a volatile planet…..a compassion that admittedly springs from a line of internal questioning that typically begins with "what if that had happened to me or mine?", and ends with "how can I help?"
Well, a media fed by catastrophe has yet to fail in answering my last question with anything other than a cry for $$Cash$$, since apparently the best way to help those who have suffered is to drop as much cash as possible into the humanitarian collection plate every time it’s passed around.

This bothers me.
Not because I don’t recognize that there are huge costs associated with providing the humanitarian aid and rescue efforts needed for those in distress, and that the costs need to be covered.
My aversion to these predictable and repetitive pleas for cash and more cash lies deep within the layers of bureaucratic corruption that invariably pads the rescue efforts with a greed quotient so top heavy that nothing is left over to help those for whom the aid was originally intended.
After this month’s monsoon season submerged one-fifth of Pakistan under water, I began to wonder if maybe we’ve got it backwards. That maybe the bigger picture in all of this is more about encouraging the Earth’s tenants to go on the offensive by investing more money into working harmoniously with our landlord vs. defensively reacting to an endless river of devastation that might have been preventable had we better listened to the Earth’s rhythms.
For all of our scientific and technological advancements, as a people, I think we’re still behind the curve on this one. The world may have been as flat as the lack of progress seen throughout the dark ages, yet the wisdom of that dark age placed great value on the voice of Nature. Perhaps the ignorance of the dark ages was really light years ahead of today's more enlightened age.
Mankind's overall attitude today may be that money makes the world go ‘round, but our landlord, Mother Earth, really does hold all of the power. She obviously can't be bought. And she will win. 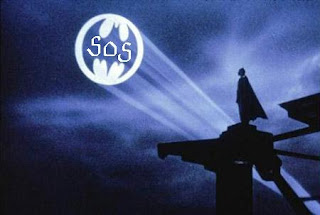 Looks like we’re in this one together.
Holy Humanity!