The Cost of Free

The old saying "Why buy the cow when you can get the milk for free?" lulls us into complacently believing that somehow we're getting away with something when we acquire a benefit or reward without personal cost, or any other form of equitable exchange. 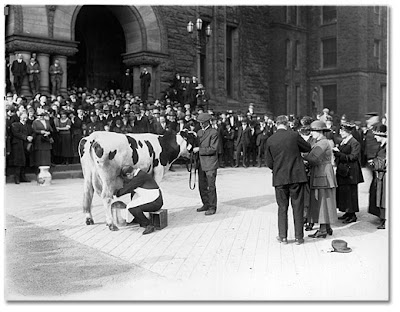 This simple idiom, however, thoroughly discounts the investments required on a daily basis to feed and care (and dare I say "nurture"?) the cow that has been boastfully milked dry. Someone clearly had to pay for the cow to be in a position to offer up its milk, yet who really wants to talk about the support system’s underbelly when we're so busy getting the goods for nothing?


And to add free insult to cheap injury, our true nature never fails to inherently add an element of discontent once we’ve obtained our freebie, especially since the majority of us are not immune to the subliminal side effects of ‘free’ – namely, the ultimate reduction in value we psychologically place upon something we never had to earn or pay for.
'Free' oftentimes equates to valueless and disposable. Just ask a corporate America intent upon increasing bottom line profits on the thralling backs of unpaid interns who have been offered nothing but "Pomp and Promises".

Render Unto The Bailout

Someone famous, yet nameless, once asked the question, “Have you ever noticed that when you put the words “The” and “IRS” together, it spells “THEIRS?” 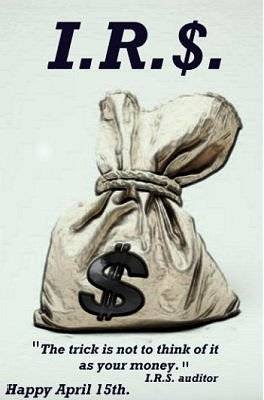 Email ThisBlogThis!Share to TwitterShare to FacebookShare to Pinterest
Labels: Whatnot

Once upon a time
There was the perfect mate.
Society counsels marry,
That means incorporate.
Articles and by-laws
Once duly created,
Form a household compliant,
And lawfully regulated.
Board meets for nuptials recited
As both in agreement converge.
Separate assets become united
In a co-mingled blend ‘n merge.

So before you speak the words “I do”,
You might want to negotiate
The best deal for you.

So before you speak the words “I do”,
You might want to explore
The options available to you. 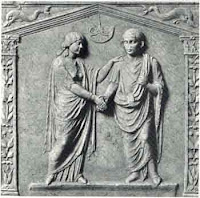 So before you speak the words “I do”,
You might want to hold in reserve
Something solely for you.

Corporations plan for perpetuity,
Redefining “til death do us part”.
Strategic goal is long term security,
As shown on the pension plan pie chart.
Life cycles forth with its ebb and flow,
Branches form a brand name niche.
Years of laying all those ducks in a row,
Not discounting that seven year itch.
Dissolution optional if shareholders split,
“Happily ever after” seems a fairy tale.
The end of the day finds it difficult to quit
When your business is just too big to fail.

So before you speak the words “I do”,
You might want to ask
Is marriage the right business for you?

This is a theory which basically asserts that nothing good ever comes from a White Minivan.
When you notice that the flow of traffic is inexplicably interrupted, just look ahead, and discover for yourself that invariably the source of the hold up is a White Minivan. 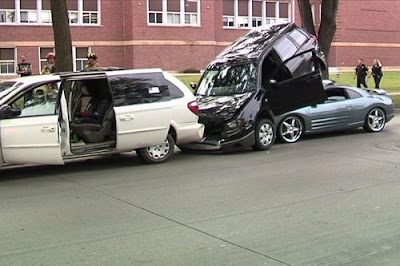 Examples demonstrate it best:
Stopped in the carpool lane while the cars in every other lane whoosh by with the speed of light? Try to look beyond the gigantic SUV in front of you and see who’s at the head of the line – bet it’s a White Minivan.
Have you ever found yourself humming with the flow of freeway traffic when out of nowhere comes that White Minivan from the fast lane who’s just realized it’s about to miss the off-ramp it needs in an 1/8th of a mile, as you speechlessly witness it cut off all 4 lanes of traffic (including your own and the semi’s) just in time to make that exit, and with 1/16th of a mile to spare?
Stopped at a signal, sandwiched in with mouth agape, when the White Minivan in front of you backs up straight into your front bumper with its projecting trailer hitch (leaving a very un-aerodynamic hole in its wake) because it didn’t think anyone was behind it and it wanted to turn around without driving around the block? (And yes, I’ve actually had this happen).
All observational research thus far supports the belief that this theory applies to large White Vans and most White SUVs as well.
Theory Footnote: White Minivans typically run in packs with other minivans, and they tend to herd or congregate around school parking lots and the shopping centers of suburbia. These suburban parking lot gatherings take on a surreal life of their own (not far from Stepford) in an asphalt dimension I call the “Land of the Minivan”.