We Were Told We Had No Power And We Believed It

How do you imprint upon a baby elephant that it does not have the power to run away?

You weigh down each foot with a heavy stone the moment it is born. By the time you get around to removing the stones that have grown heavier with time and training (which is right about the teenage stage), the elephant knows with certainty and believes beyond a shadow of a doubt that it can never, ever run beyond the reach of its tether.

After processing that little life-like allegory through multiple parallels for a parsec, consider this question:   Just because the elephant believes it can never run away, does that really make it so?

It’s altogether evident that left alone an elephant would possess the physical strength to throw its weight around without restriction at a fairly young age, so the elephant’s actual physical capacity to run is not a likely limitation to liberation.

Logic tells us that the elephant’s ingrained belief is, while effective, based upon a lie. A clever lie indeed and one devised to commandeer the personal power away from the unsuspecting baby in order to transfer it to the master controller ad infinitum before the youth can ever be the wiser. The lie is also brilliantly self-perpetuating for once the elephant is programmed to believe its feet are too heavy to run, the stones can be removed and the established restrictions become self-imposing + self-enforcing + self-regulating – quite the powerful trifecta.

Nevertheless, the elephant’s enslavement remains a figment of its perfectly trained mind. The reality is the elephant has what it needs to break and run whenever it decides to, yet it does not. I believe Harriet Tubman’s take on this style of mindset trapping still applies: “I freed a thousand slaves; I could have freed a thousand more if only they knew they were slaves.”

By the time our baby elephant has grown strong enough to liberate itself at will, it’s too afraid to even contemplate the notion thanks to its common core training and overriding memories of fear and pain and the burden of those heavy stones. As far as the master controller is concerned, this little elephant is a success story - it has been properly programmed from infancy to believe its safest lot in life is to remain within the established comfort zone and that is where it will remain until the end, by choice.

Now if we were to multiply this constrained baby elephant by 6 billion, we would have a planet filled with 6 billion mind-controlled elephants programmed with the trifecta to self-perpetuate the establishment rules without truly knowing why, or without ever knowing who the mystery masters making the rules really are.

What would happen if these elephants began to realize together they outsize and outnumber their mysterious master controllers by the billions?


WE WERE TOLD WE HAD NO POWER AND WE BELIEVED IT.
IN BELIEVING THE LIE, WE GAVE ALL OF OUR POWER AWAY.
© by DK King
#Guardians 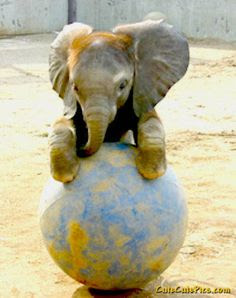